Philip and I went over to Manchester last night to watch Bernadette Peters in concert at the Manchester Opera House. She really has got a fabulous voice and is still looking great. It was a wonderful evening with a fantastic 11 piece orchestra. Sadly we didn't get Time heals everything
from Mack and Mabel.
https://www.youtube.com/watch?v=3MHxPuWld5o

but you can't have (Time heals) everything :-)

I find it remarkable though someone can go to a concert and spend the entire thing flicking through their smartphone!
Posted by Nigel Peever at 08:31 No comments:

Two blogs in one day! but there is more news, the job I mentioned that I couldn't talk about I now can!
I've just been given the all clear from the Chief Dalek himself Nicholas Briggs to say that I can talk about a play we've just recorded. (No Spoilers!) I've played a part in a Big Finish Dr Who! (pause for applause and whoops of joy) We recorded my bits a couple of days ago it's called The Transcendence of Ephros and its due for release in November. I got to work with Katy Manning (Jo Grant, Jon Pertwee's Assistant in the early 1970's for the non Whovians amongst you) and the reincarnation of Jon Pertwee in the form of Tim Treloar whose performance is fantastic! We can't have Jon Pertwee himself sadly but Tim's performance is so accurate that we can hear Jon again to perfection in new adventures. I mean that wholeheartedly, he was amazing to listen too! The fans will love him. and to work with Katy was a dream and a joy. Incredibly warm and lively. I had a fantastic day. Thank you Big Finish Team and David Richardson Producer for making an old actor's/big kid at heart's dream come true.

All the info about it can be found at the Big Finish site here The Transcendence of Ephros
Posted by Nigel Peever at 08:37 No comments:


Well its been a busy few days with some voluntary work over the bank holiday weekend with the Manchester Regiment 1914-1918 in Sherwood Forest informing/entertaining the visitors, I'm no good with the facts and figures yet. I need to do a lot more studying! So I do what I do best and go into children's entertainer mode and use my miniature uniform to keep the kids and the parents happy by letting them have their photographs taken as a first world war soldier. 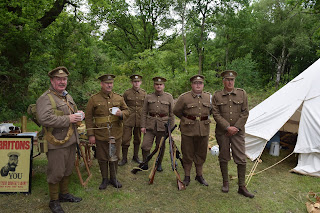 Yesterday was another course for the FEU (that's the Federation of Entertainment Unions, Equity, Musicians Union, Writers Guild and Jounalists) It was about Blogging for Creatives and here I am Blogging. So now I know I should be putting this on my website. The problem is I need to sort out a new website, it was all hosted by Castnet but they stopped doing that a short while ago and I'm now without a website. With so much online presence on spotlight, CCP etc I'm not sure how much anyone needs to look at any more of me, but in this day and age everyone should have a website so I'd better get onto that and now know to put my blog on the front page.

The course was run by William Gallagher, whom I'd met before a few years ago on another course with the FEU. William is a writer and has done several Dr Who audios with Big Finish. 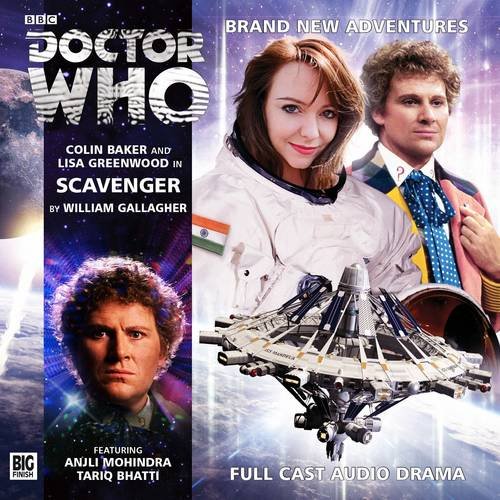 so all in all a good day until

I returned on the right train, but I was bit sleepy having had a very long day the previous day and missed a night's sleep, however I was sat by some fairly noisy guys, I'd checked with them that I wasn't sitting in their booked seat as one of the seats was reserved from Crewe to London, I even mentioned that I'd be getting off in Crewe. I helped them get the cap off their beer bottle with the belt clip on my keys and all was fine except as we were pulling into Crewe I must have zonked out for a very crucial couple of minutes and the guys either didn't notice or didn't think to nudge me, I woke with a start, saw my station ran to the door it wouldn't open! I hurtled down the carriage like I was running for my life to the other door still nothing! Then the train pulled out!

The Guard was fine about it and signed my ticket so that I could get back without paying but there was nothing else he could do, The next stop I could turn around at was London, nearly 200 miles away. Fortunately they were fast trains and so it could have been worse but instead of getting back to Crewe at 17:30 it was 21:30.

I chatted to the guy opposite and had told him what had happened, he was very pleasant and got off at Lichfield, Then he too hurtled back to the seat in a similar mad panic to me as he'd left his Laptop on the luggage rack. I must have been a bad influence.

Posted by Nigel Peever at 04:45 No comments: 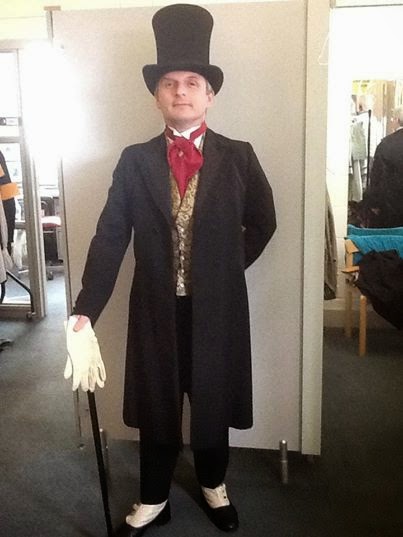 Posted by Nigel Peever at 09:18 No comments:

Thursday 19th June 2014
Well about ten days since the last blog, oops. Went down to London on tuesday the 17th June for an audition for Gary Starr productions for their Show Alice in Wonderland and met Ellis Creez from Katch 22. We had a bit of fun with the group audition and rather nicely we both got parts, i'll be the caterpillar and we will both be the tweedles. Francesca Anderson from Phileas Fogg was also auditioning in a later slot and I was able to meet her for coffee and then later on catch up with Nigel Harvey (ITV Text Santa) too so all round a good day. I also managed to pop into the toy theatre shop in covent garden and bought two nice vintage sets of toy theatre plays for the Waterman and The Smuggler. 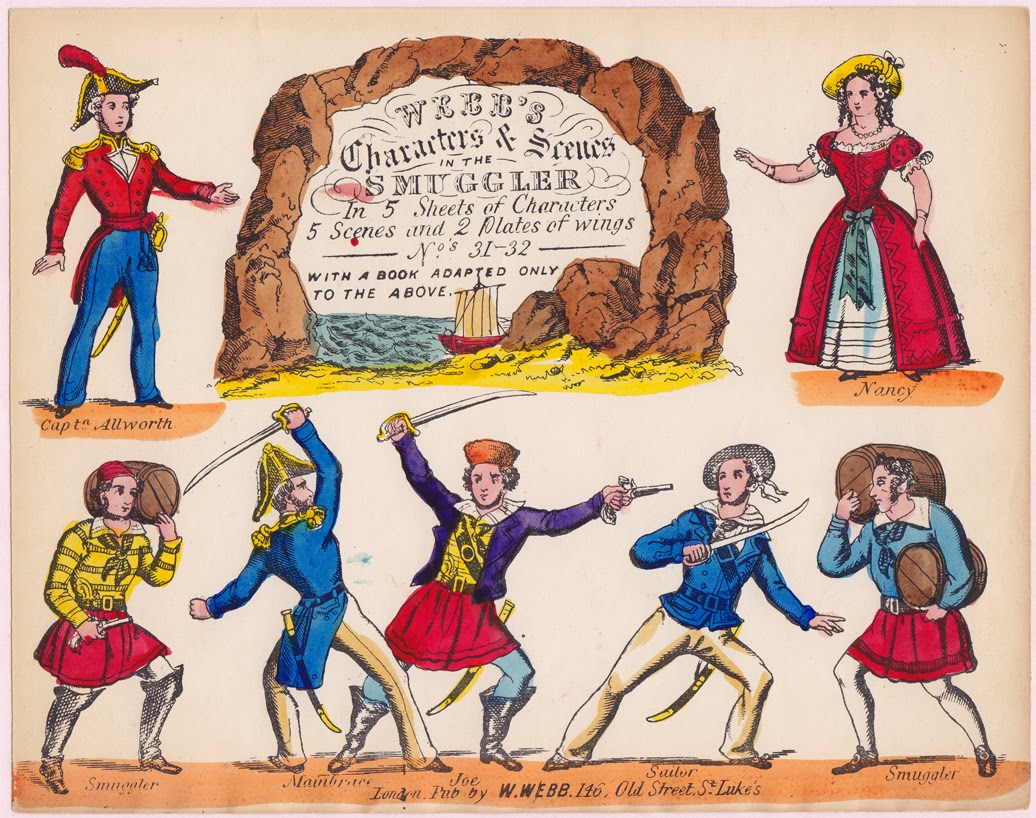 Posted by Nigel Peever at 08:58 No comments:

We went to see Maleficent last night at the movies in 3D it amazing how quickly you adapt to the 3D as I can't really remember thinking at any point in the movie that the 3D jumped out at me. It was a remarkable film to watch. Beautifully made, odd in that Maleficent had such a back story and wasn't really bad just badly treated. 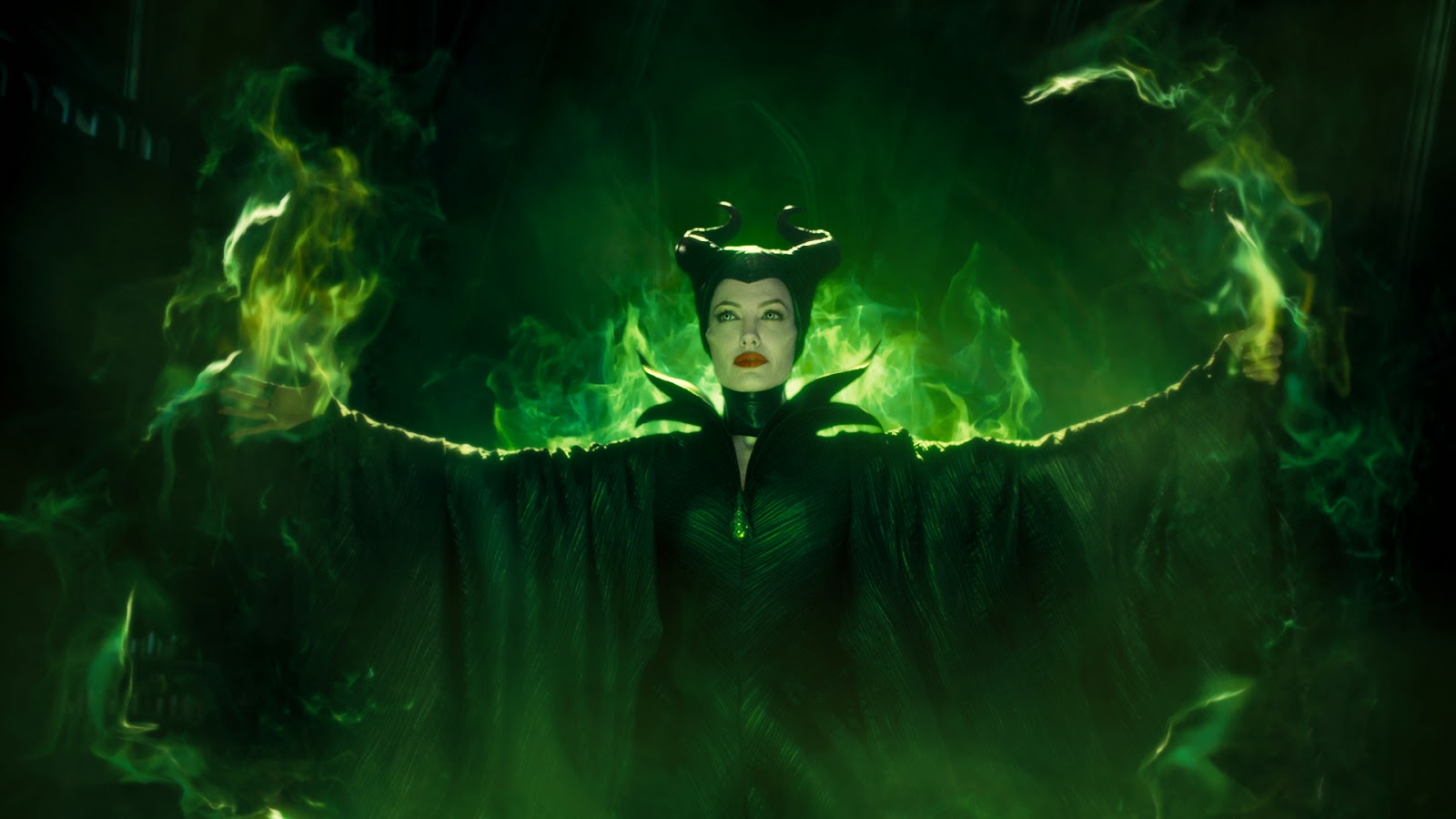 Work is well on it's way to the house, we are having the whole house re-pointed, which will hopefully smarten the place up a bit.
Nanna has been in hospital but is back out again, she has a clot in her leg which can be of serious concern.
Rehearsals are moving on apace for the ghosts of kirkdale in Liverpool, unfortunately the writer has been taken ill, so not sure what effect that will have on the show, it will be a huge disappointment for her I'm sure if she can't get to see her show performed.
Posted by Nigel Peever at 00:42 No comments: 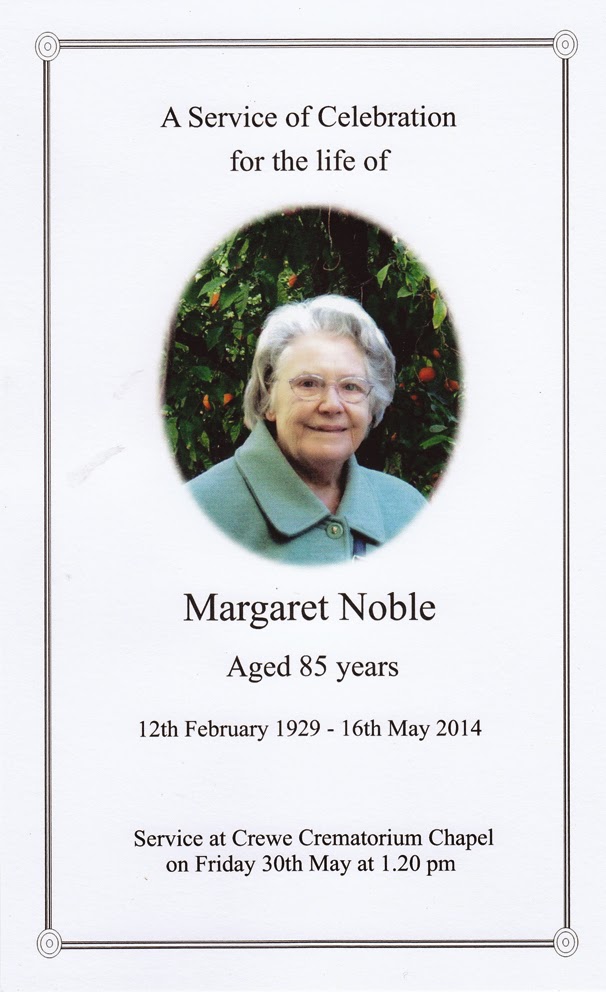 Back from Margaret Noble's funeral, as always these events are tinged with a mixture of emotions, great sadness obviously, I really feel such a deep friendship for Keith he has always been like another dad to me, I suppose Mentor is the word, we spent so many good times together in pantomime and on tour and doing telly work, he and Margaret are pretty much responsible for me getting into the business professionally and I can honestly say I don't think we've ever had a cross word, So it breaks my heart to think how he must feel without Margaret his wife and soul mate for 61 years i think they said.
But on the plus side these events bring people together and it was wonderful to see some old faces again, some of the Nantwich Players that I'd met again last October at their 30th anniversary of their fist play in their own theatre in which I appeared as the bizarrely named Inigo Jollifant. But also to see Michael Astbury again. Michael and I were in the same class at school we appeared in the Nantwich Tales pageant thing in 1979 went to Margaret's Youth Theatre at the Nantwich Players where he played Ratty to my Toad in Toad of Toad Hall, he kindly invited me back for coffee after the funeral today and it was lovely to see his Kids and spend some time with him and Marian and Sarah McCabe chatting over some memories from around thirty odd years ago. Who knows we might even persuade him to join facebook
Posted by Nigel Peever at 09:46 1 comment: